My phonecover already embodies the concept by its aspect. What I think I want to achieve is a modular identity. The aim is to have some basic elements and to create more interesting shapes by combining them. It works well with the idea of doing more with less, a principe of efficiency.

I had the feeling that it was too abstract for someone who never heard the name BE.IO . Jonathan has the same feeling and told me that it would haver force me to write the name of the product next to the logo, and it’s not a good choice. He gave me a great typographic reference: a stencil font. More precisely he told me to take a loot at the recently designed F37 Glaser Stencil. This is the digital version with thiner weights. 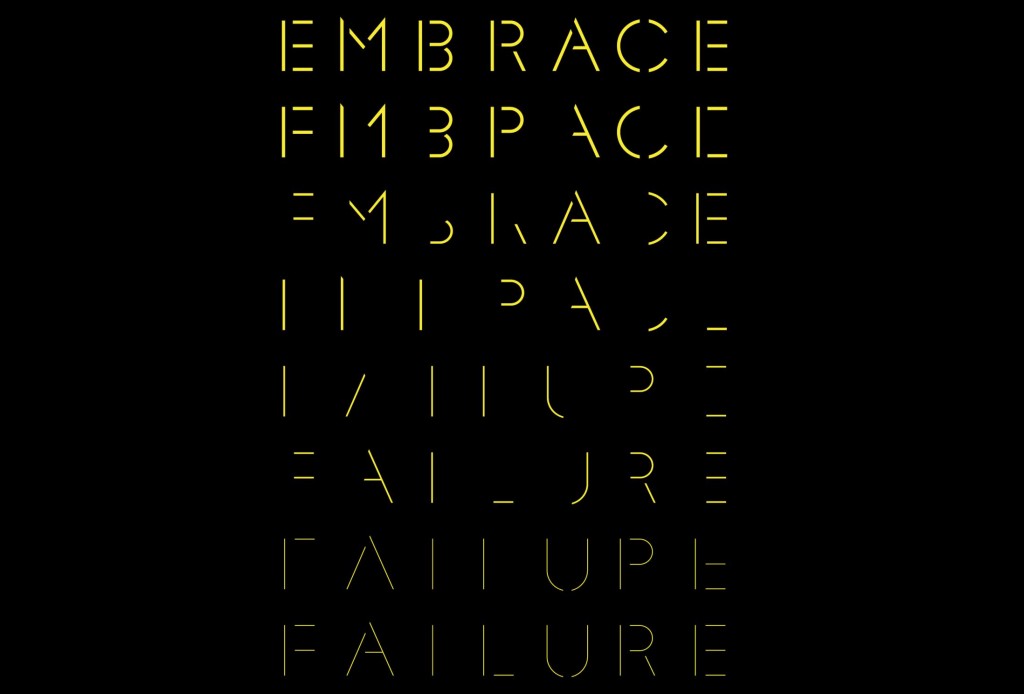 …to think about the box. Twice during the weekend, someone said that if I wasn’t there to explain what it was, the first thing the animation and the design of the phone case made them think of was something funny, playful. At the moment that I told them that it was related to the technology, the use of the Internet and the natural environment, they agreed the design was coherent and they liked it. But they were right: the packaging is very important because it is one of the first thing that the user will see so it needs to express the core of the project.

At the end of March I made a survey where I asked several questions about environment, social networks and phone cases. One of my last question was:

Do you consider your phone case as:
a way to express your style?
a way to protect your smartphone?

Recently I decided to pay more attention to the way people use their smartphones in the daily life: at home, in the street, while driving, in the subway, at work. My main motivation was that since I wanted to use the back of the smarthpone I needed to see if it was oftenly covered or hidden.

How are their hands placed arround the phone when they text of when they call someone.
How is their smartphone placed on the table ? Face down or up ?
What part is mostly hidden ?

I will try to briefly explain my reasearches.

First, a lot of people are playing with their smartphone when they have it in their hands. I mean, they are are not playing videogames on it, they are just playing with the real object. Sometimes it falls, sometimes it breaks. When they got a call, 50% to 65% of the back of the smartphone it covered by the hand. When they place their smartphone on the table, it’s usualy for two reasons. The first one is that they don’t want to damage the screen, which seems to be more important than the back. The second one [thanks Jonathan] is that they usually want to check on their notifications while chatting or working. These are constant reminders of their connected life. So they want to be able to tap on the screen, check briefly the title of the notification and go back to their activity if it’s not important.

I think that it would have been kind of a mistake to use the back of the smartphone. I was thinking that it was the most visible part, but I was wrong. Paying attention to people and the object they use everyday helped me to make really important choices for my project. I also found great opportunities ! It gave me the idea to focus on the screen and the phonecase covering the screen. Because this is the most fragile part of the phone for the users. If everything takes place here, then I don’t need to have a connected objects on the back using energy and think hardware. It could be very discrete and less intrusive, and it could just use some battery of the phone by displaying minimalistic informations. Another opportunity is that, by covering the screen or a part of it, I could prevent people from checking on their notifications. Maybe this little friction would make them to constantly be tempted to use their social networks at every time during the day.

I determined a process to design the phone cases and my visual identity:

Then, these shapes have different behaviors and colors, depending on the degree of optimization they refer to. For instance, a vivid red colored shape will express more explicitly a bad optimization.

I also thought about the evolution from the degree of optimization. If someone manages to transform a bad optimiation into a good one, then maybe the vivid elements moving very fast will flourish and slow down. On the contrary, the shapes color can fade. 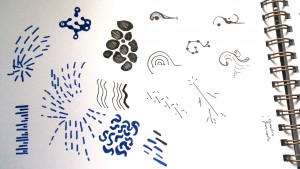 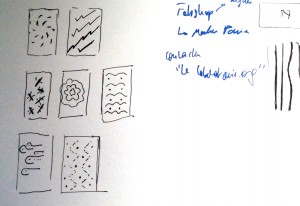 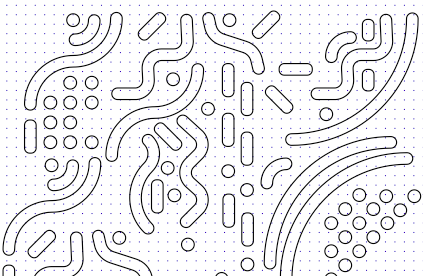 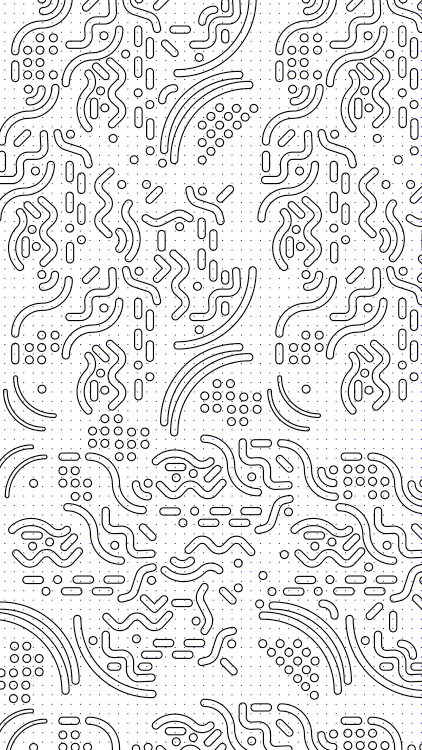 An actuated object with “muscle wires” also known as Flexinol.